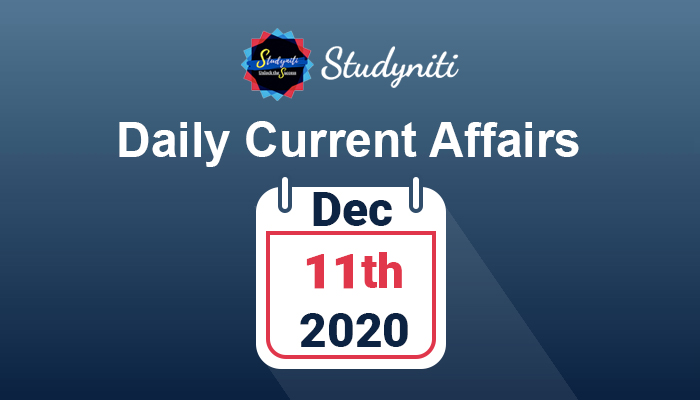 WHO Foundation Appoints Indian-origin Anil Soni as its 1st CEO

About Food and Agriculture Organization (FAO):

First Ever "International Day of Banks" observed on 4th December 2020

International Day for the Abolition of Slavery 2020 – December 2